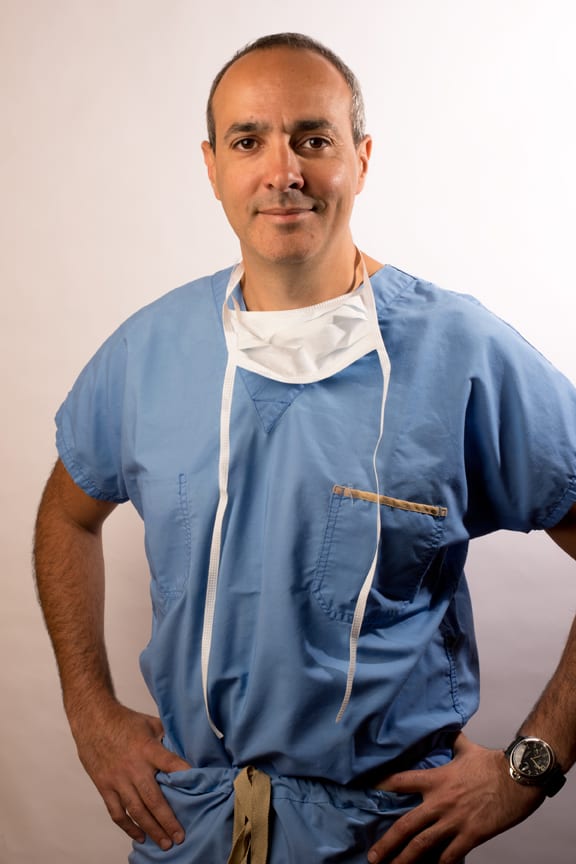 For over 15 years, Dr Eric Bensimon has been performing Facial Feminization Surgery (FFS) techniques, a process that “softens up” the male’s facial features into a natural, feminine appearance.

There are few doctors in the country who have truly championed this process, as it took years to develop the proper methodologies to fully optimize his FFS results. Dr. Bensimon’s experience stems from years as a trauma surgeon concentrating on craniofacial procedures, which he perfected  during his fellowship in craniomaxilofacial surgery and aesthetic surgery at the University of Toronto, which he attended after completing his medical degree at the Université Laval, Quebec in 1993 and his residency at the Université de Montreal in 1999.

During this time he heavily concentrated his practice on craniofacial trauma and reconstructive surgery, honing his understanding of the human skull and its particularities. Upon returning to Montreal to launch his own practice, he realized a growing trend of transsexual patients seeking craniofacial procedures, and that there were few doctors in Canada who specialized in this field.

As he began researching feminizing surgical techniques, he became moved by the journey and courage of those undergoing a gender transition.  He became quite dedicated about working with the trans community, and grew quite passionate about developing new techniques and seeking out the highest quality products to facilitate a gender transformation. His keen attention to detail, personality and understanding paved the way to dedicating his practice in this field. Dr. Eric Bensimon’s ability to communicate and understand trans individuals derives from years of being involved in the community, speaking at international conferences and collaborating with other doctors in the field.

As he continued to master transsexual cranial modification, he introduced innovative materials such as Titanium micromesh and hydroxyapatite providing long lasting and safer results.

What’s unique about Dr Eric Bensimon is that he has keenly developed the proper strategies to identify a feminine look. “Sometimes I see those who just want a softer appearance, as they do not plan to fully transition. Others ask for more specific produces since they intend to reintegrate into society as female,” he explains.

To provide a more holistic approach to FFS, Dr Bensimon also performs Breast Augmentation using Silicone or Saline forms. Here too, a patient will receive an individualized consultation to determine the optimal size and shape for their body. Unlike other surgeons, who focus solely on Breast Augmentation for natural or “bio-females”, Dr. Bensimon fully understands the challenges posed by male to female patients and the differences in their body. He is able to provide the highest possible care to allow each person to achieve their objectives of either blending in, softening their appearance, increasing their bust, or bundling FFS needs with procedures including face lifts, blepharoplasty or hairline lowering.

It’s not about the amount of procedures that you feel will enhance your face,” he says. “It’s what most effective in achieving your goals and for maintaining a natural look.

Many opt for the four FFS procedures: frontal bossing, tracheal shave (Adam’s Apple Removal)  rhinoplasty and jaw reshaping.  He also recommends that those who are completely undergoing a gender transition wait a period of 6 to 12 months after commencing Hormone Replace Therapy (HRT). This allows for the fat to shift around the  face, so he could work with an individual that has already attained a more circular visage.

To find out more about his services or to book a consultation, we suggests communicating with our staff. From there, a representative will guide you in more detail about the process and what documents (e.g., X-rays, Ct scan, blood work, and family medical history) are required for your consult.

My patients recover quickly and comfortably. I think that that really has to do with the care and attention they receive from the moment they arrive to the clinic to the moment they leave. And beyond.

Dr. Bensimon is an Assistant professor at the Université de Montréal,  and current President of the Association des spécialistes en chirurgie Plastique et Esthétique du Québec. He is also  former president of the Canadian Society of Aesthetic Plastic Surgeons.

Dr Bensimon is a member of:

With age, the fatty area located directly under the check bones will begin to decrease…

The chin is an excellent indication of gender—with women the chin is oval, soft and small…

For patients that have a more square jaw, a mandibular angle resection of is an extremely…

Age, smoking, environmental conditions, stress. Each of these factors will have an effect…

No matter what the gender, reducing or enhancing the cheeks with implants could produce…

One common female trait is to have full, plump lips. In contrast to men, women generally have…

During puberty, the male skull develops a more rounded prominence above the brow line…

Booking a consultation with Dr. Bensimon

Whether for one or other of the care we provide, do not hesitate. Contact us to schedule your consultation with Dr. Eric Bensimon.

GET A CONSULTATION NOW